Pentagram Film is an award winning film production company creating fiction and commercial work. It was founded by Philip Wachtmeister Da Silva, who has been directing the company solo since ten years. He partnered with Gustav Stern in 2014 to compose a new business plan and expand the business. Pentagram Film approached Summer Studio to create a visual identity for their new constellation and joint professional practice. 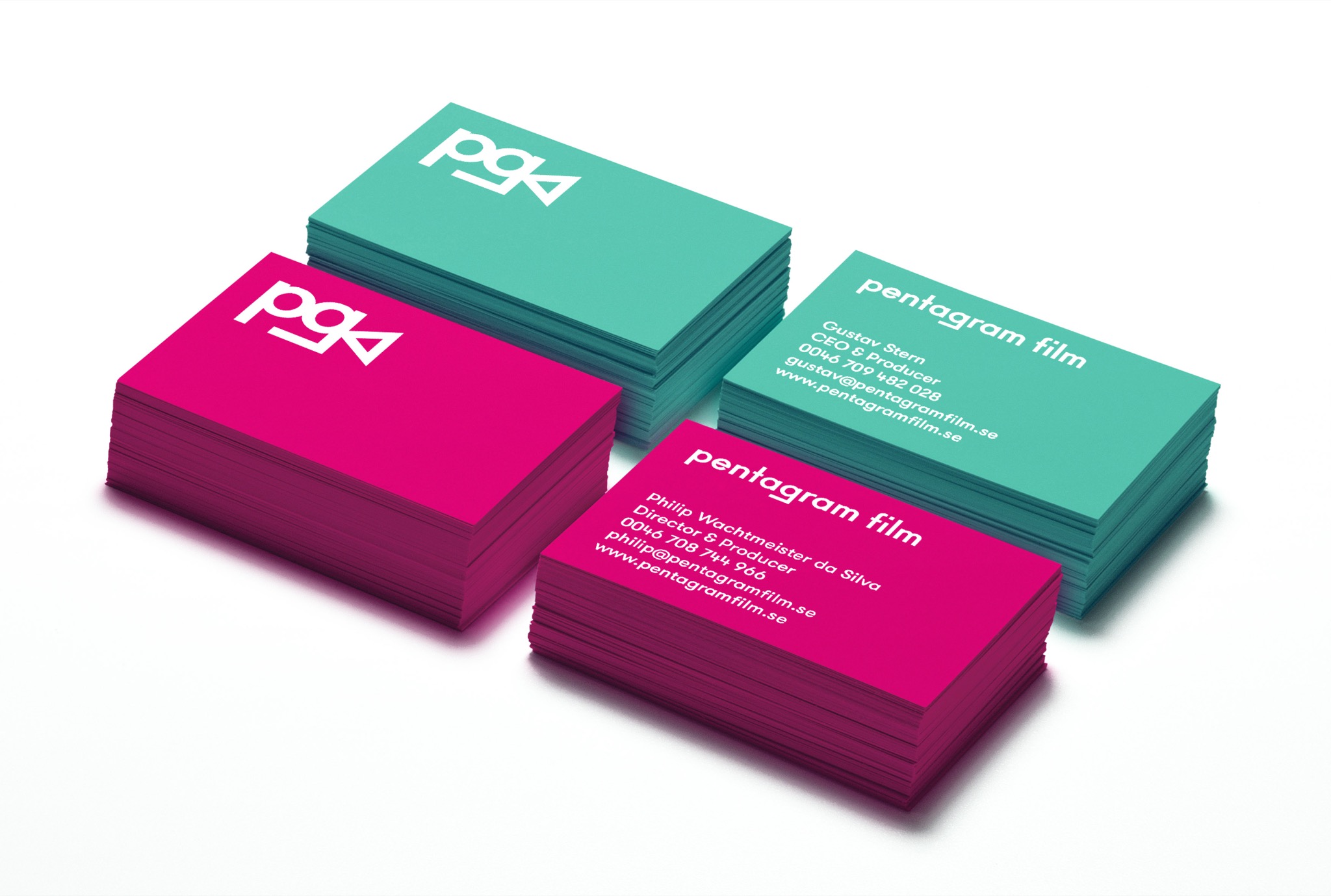 Pentagram Film asked for a visual identity carried by a strong logotype containing a narrative, reflecting them as storytellers. They also wished for the logotype to be multilayered as in illustrating several meanings simultaneously. Thirdly, they wanted their logotype to be iconic in its form, to leave a mark almost like a stamp. 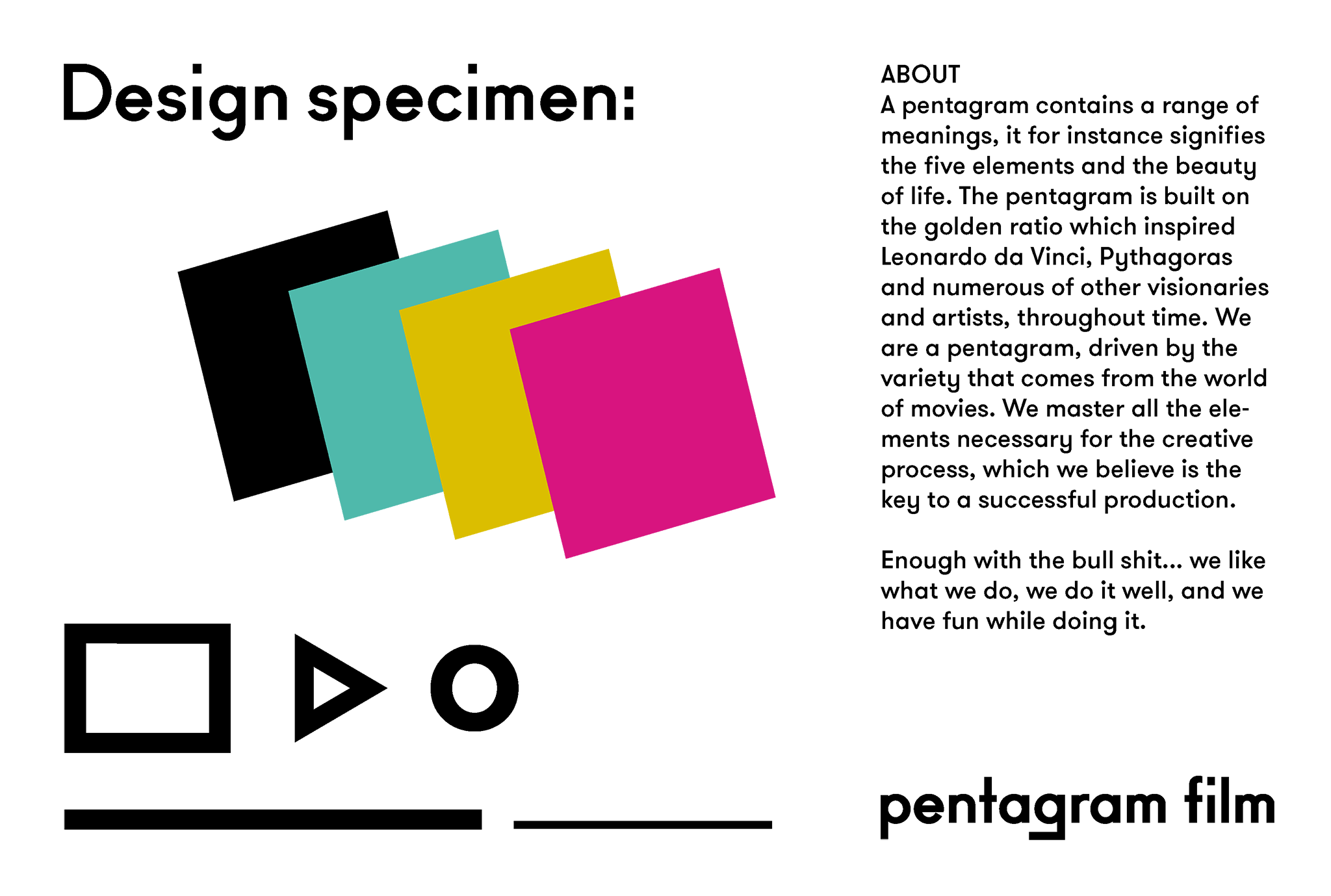 To achieve a multilayered logotype, we focused on two aspects of Pentagram Film and merged them together - their practice, which is film, and their names. The iconic shape of a film camera symbolises film, and the p and g in Pentagram symbolises Philip and Gustav, turned towards each other. The headline typeface - Ano Bold, is chosen for its geometric character and ability to function as building blocks for the film-camera. It is slightly altered in the logotype to characterise Pentagram’s visual identity and used unaltered as headline typeface throughout the design system. The supporting typeface is chosen to complement the over all look with a softer but still related visual expression. 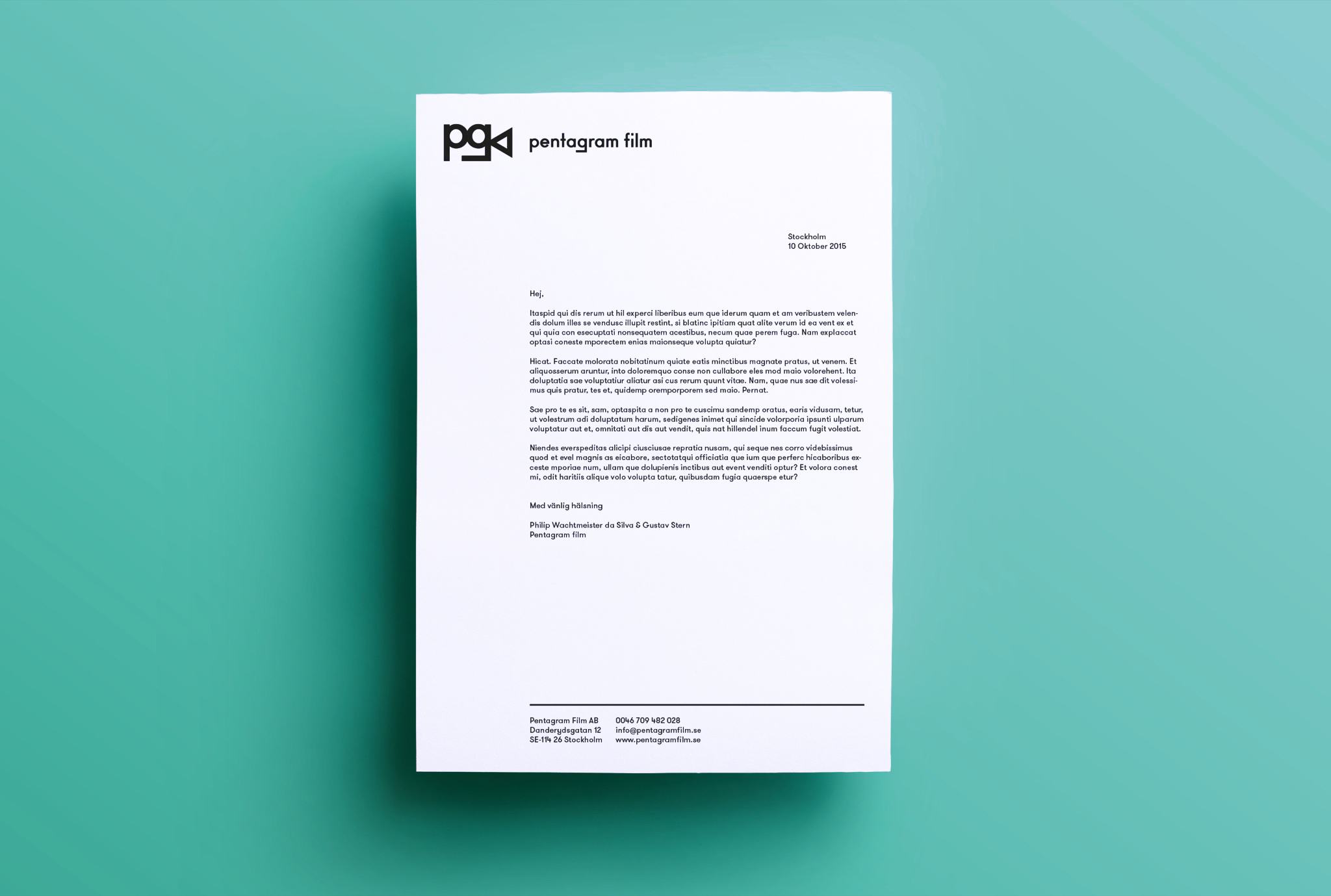 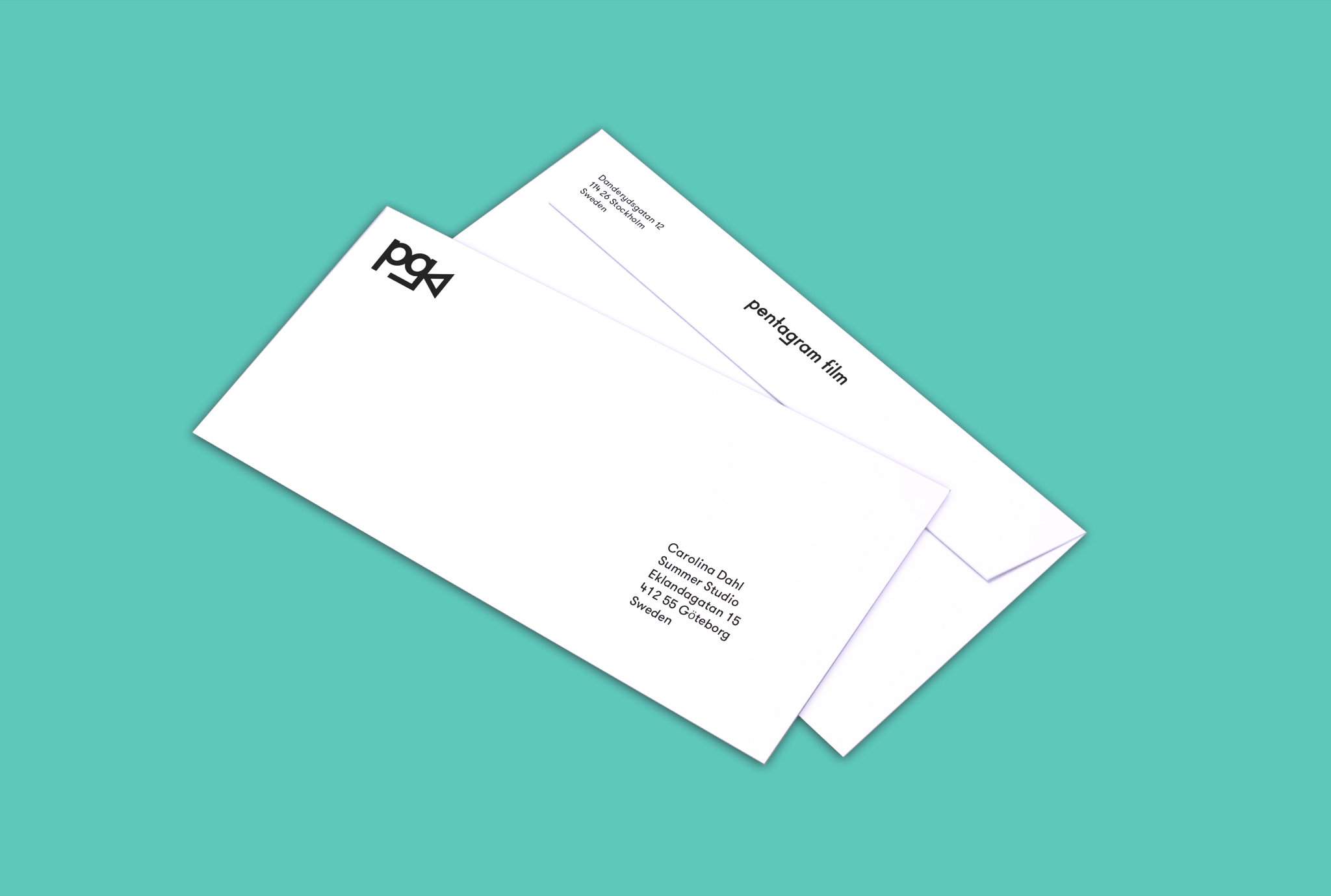 The logotype is dynamic across different media and formats, covering all the functions from cinema vignettes to favicons with its de-constructable design. 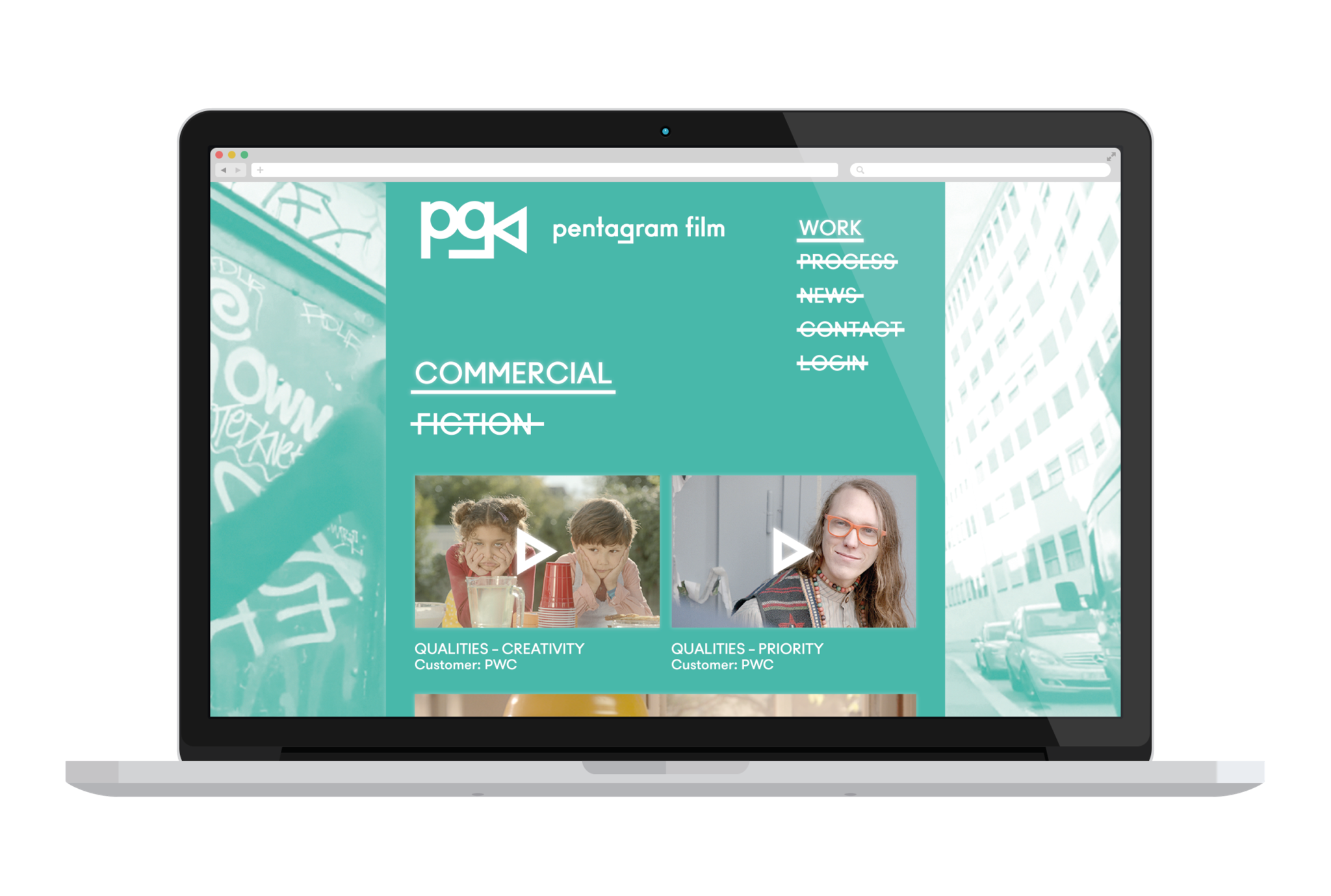 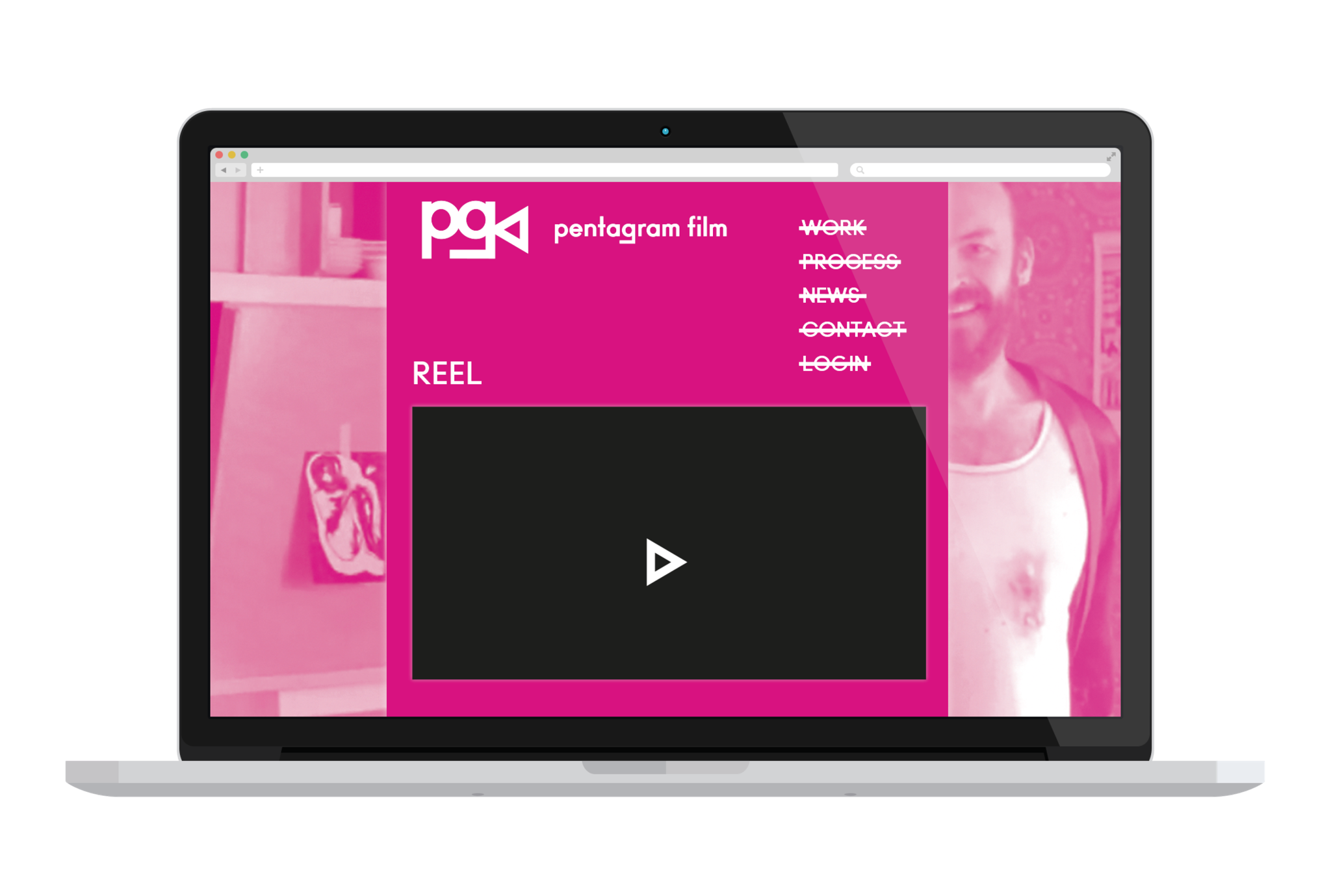 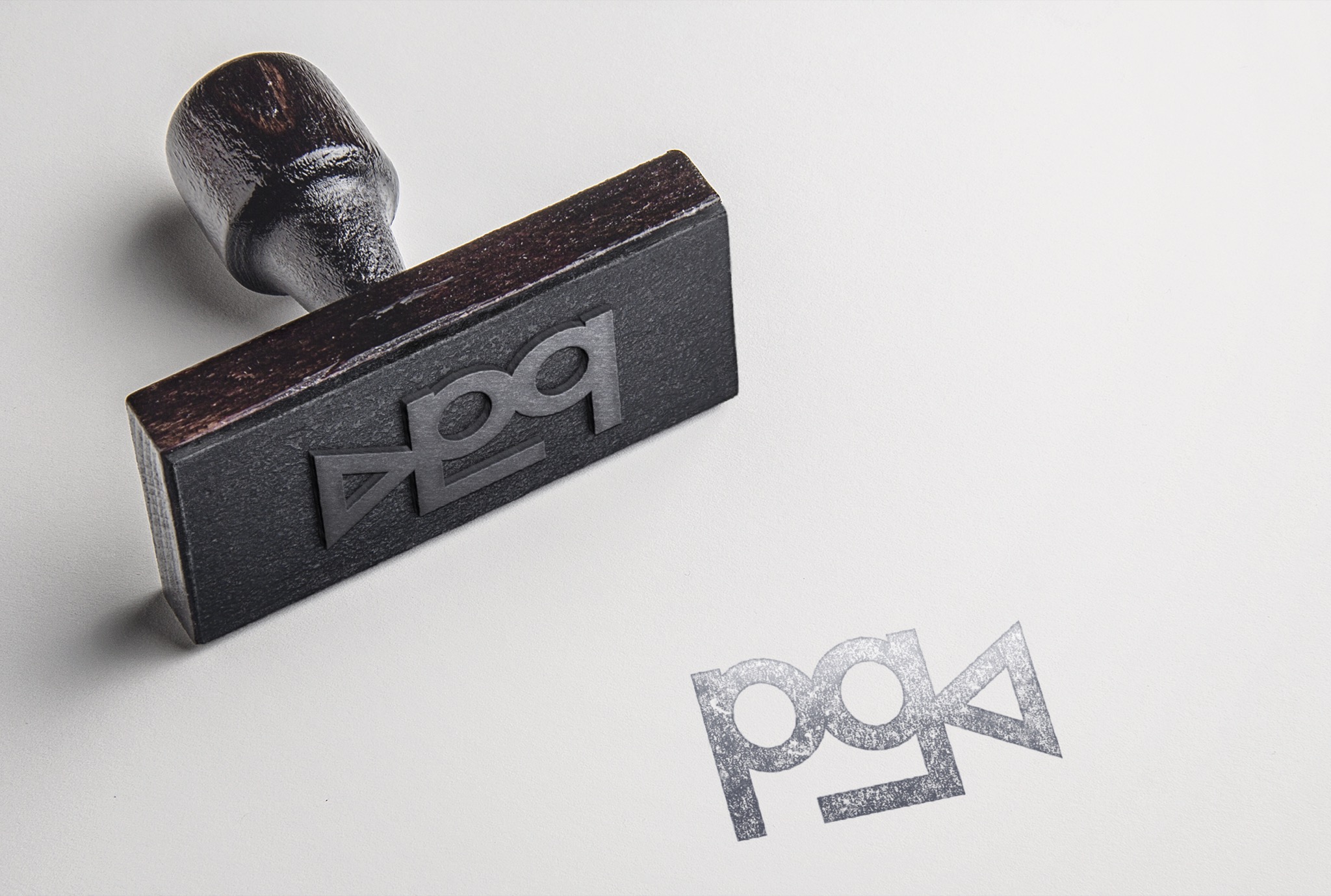