Editorial design for the under construction issue of Bang - feminist culture magazine. 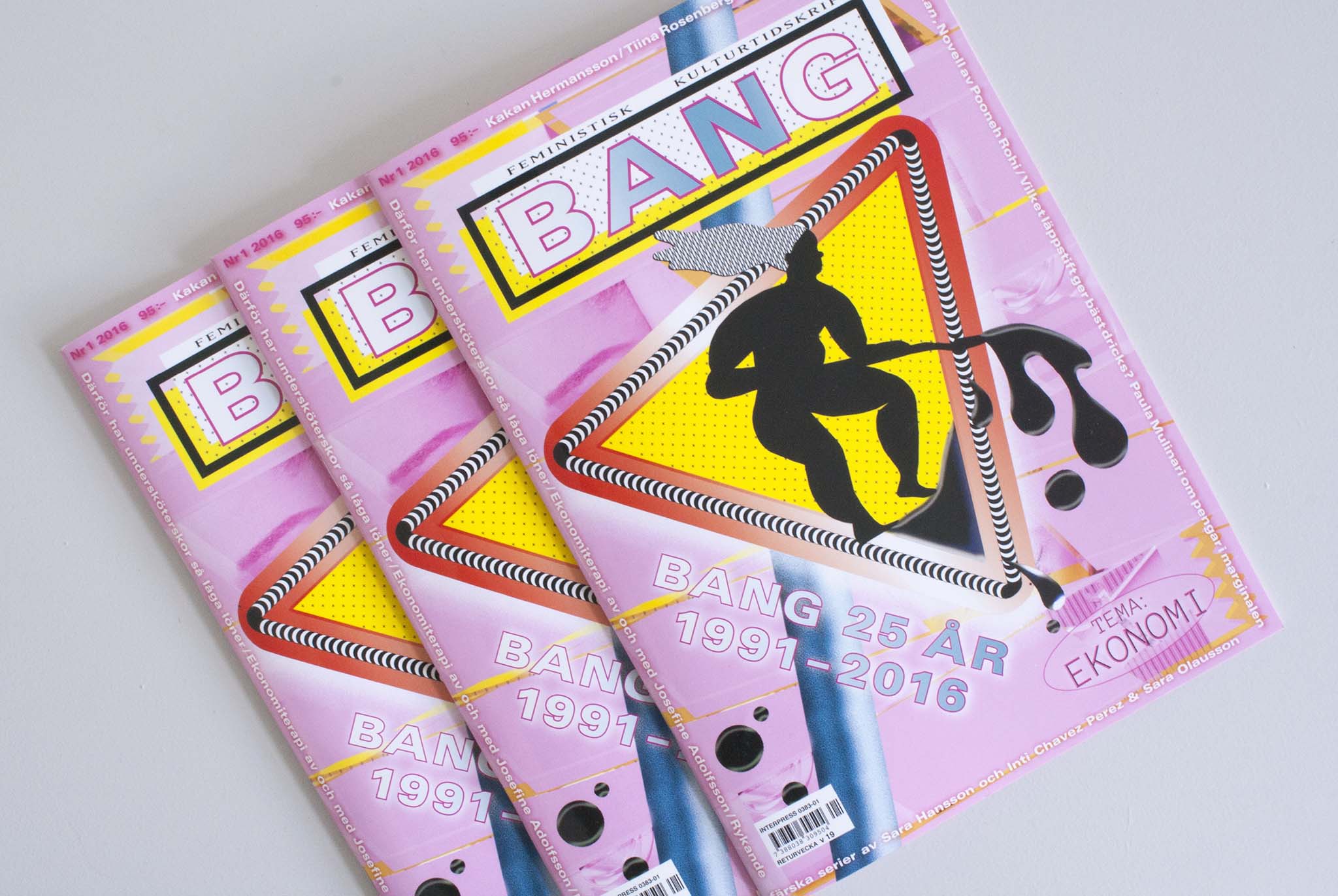 BANG is Swedens most cutting edge and influential feminist magazine for culture journalism and discourse. For their 25th year in print, the magazine faced major changes including a new editorial board and a thorough redesign. Summer Studio in collaboration with 2typer was commissioned to design an “under construction” issue to be published while the new BANG was being formulated.

We choose to let “under construction” point to the redesign of the magazine as well as the notion of social construction as basis and aim of the magazine. The cover portraits a subverted construction sign, with the “men at work” character evolved to a more humanized and organic version, spilling out material outside of the box. The original sign-designer, Margaret Calvert, is recognized by also using her typeface “Calvert” as body. The design explores BANG’s point of view by exploring pink as “neutral” color rather than white. 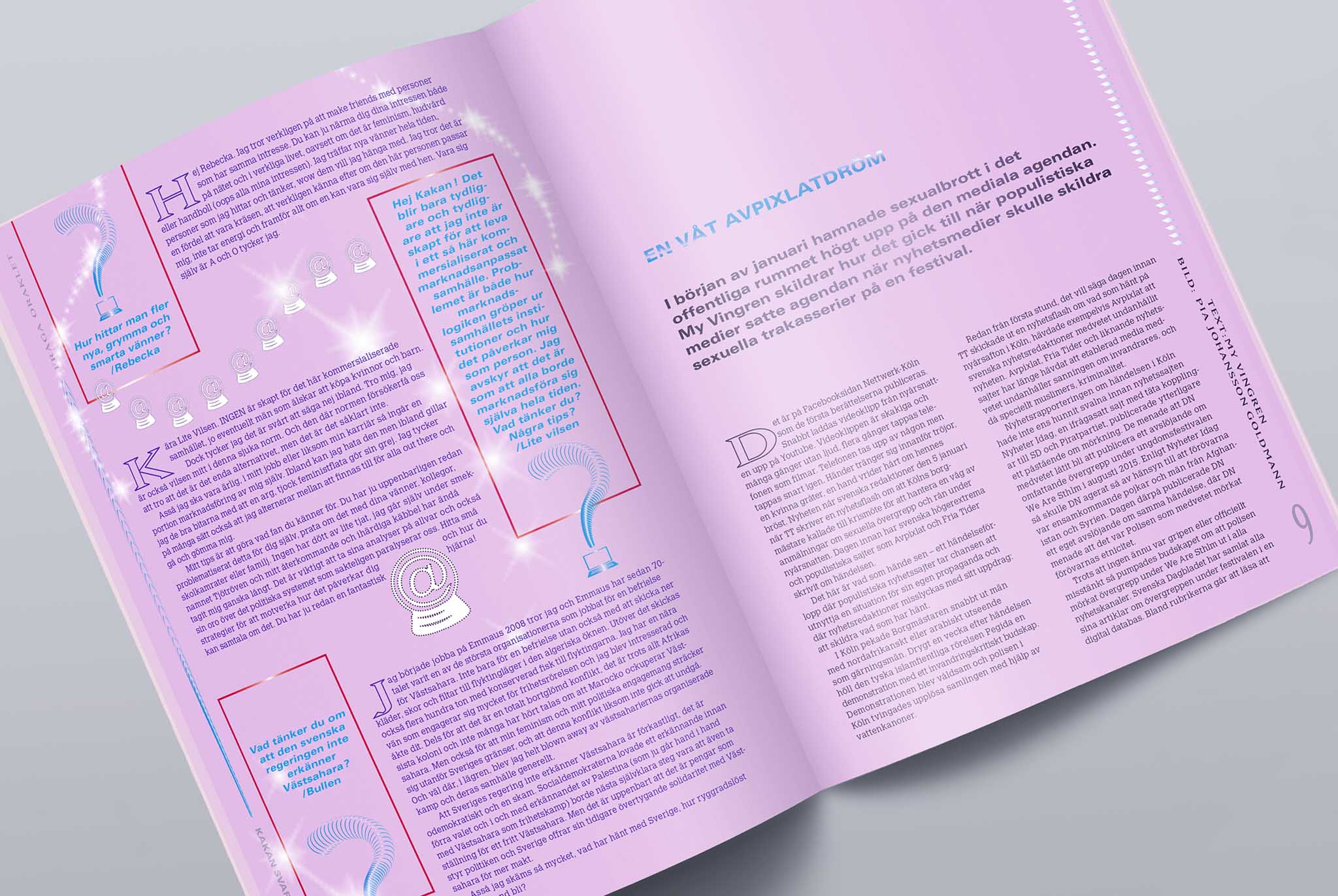 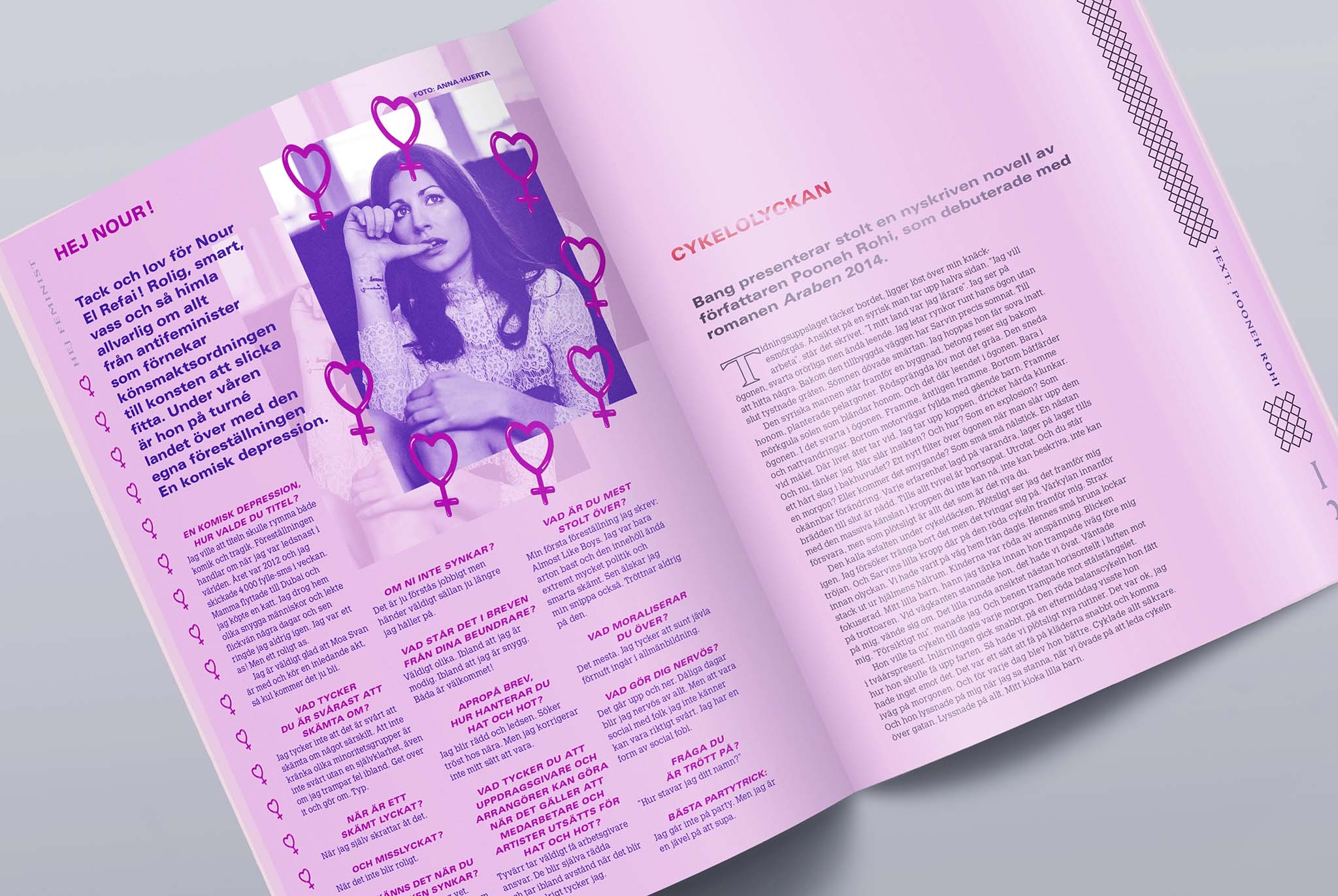 Every issue treats a different subject matter with articles and writings on the topic. This section stands out from the rest and has its own character. With “critical money” as art direction aim, we designed moire-brushes to easily generate graphic elements. Other identity markers such as layout, typography and and page numbers are also inspired by bills and credit cards. 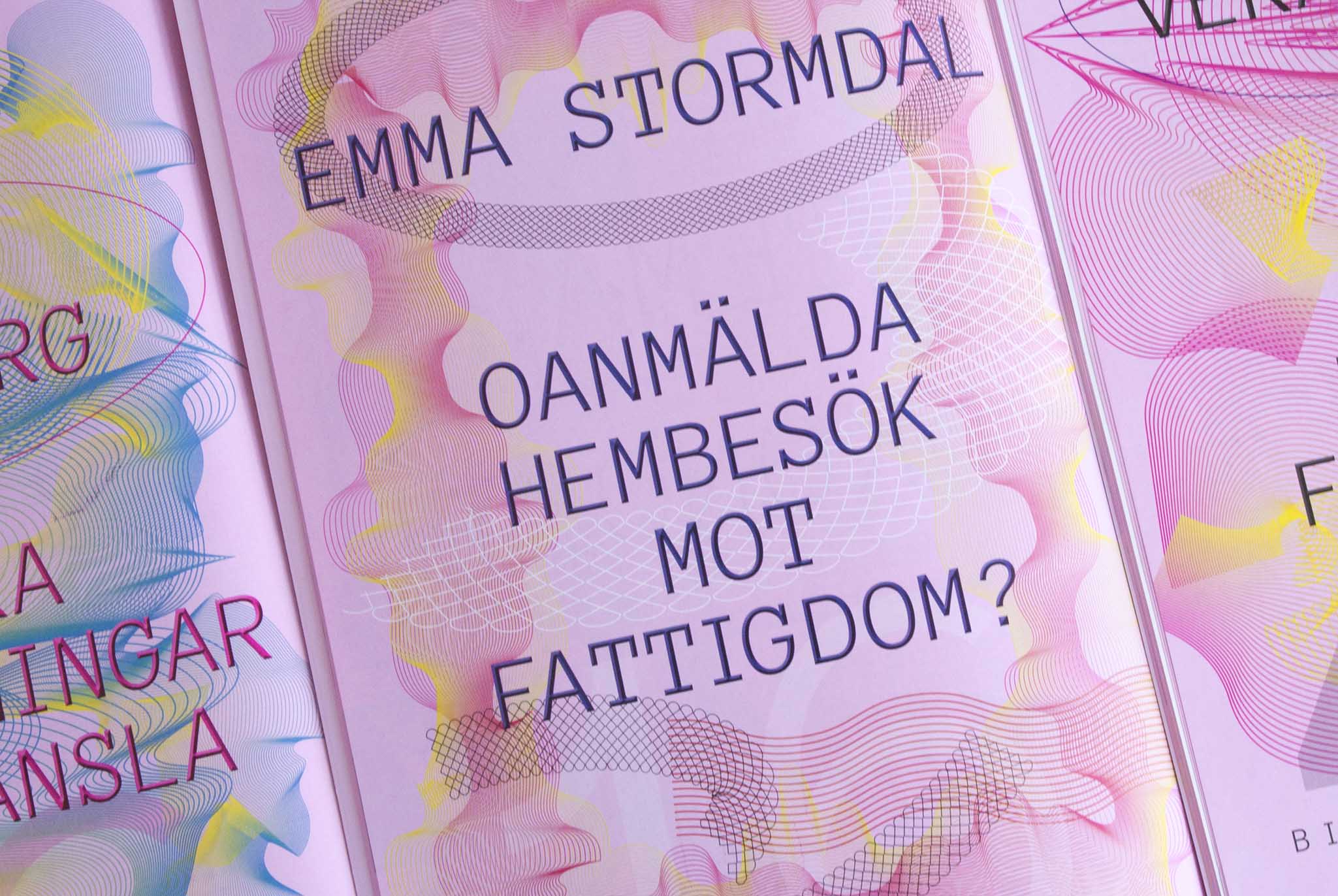 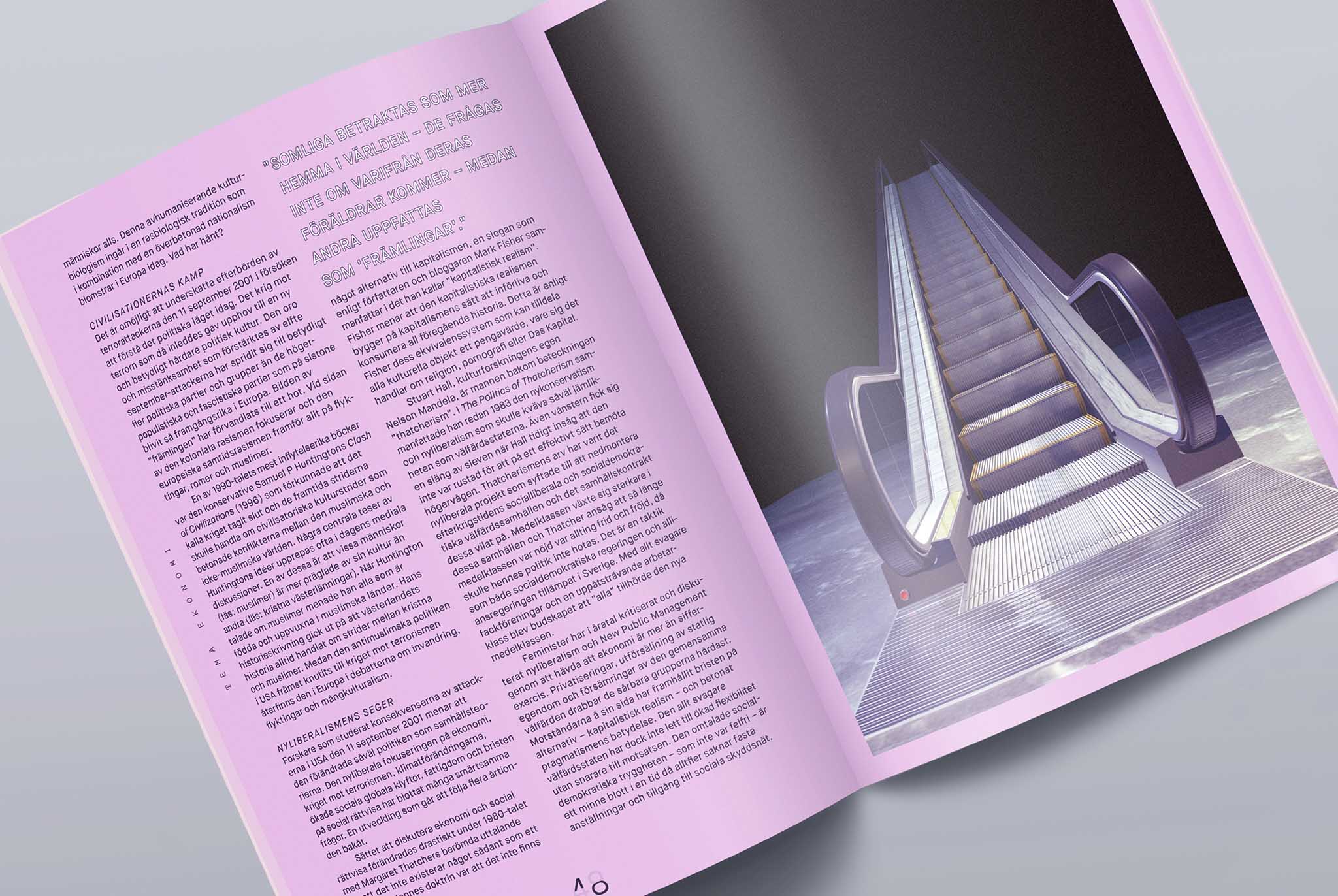 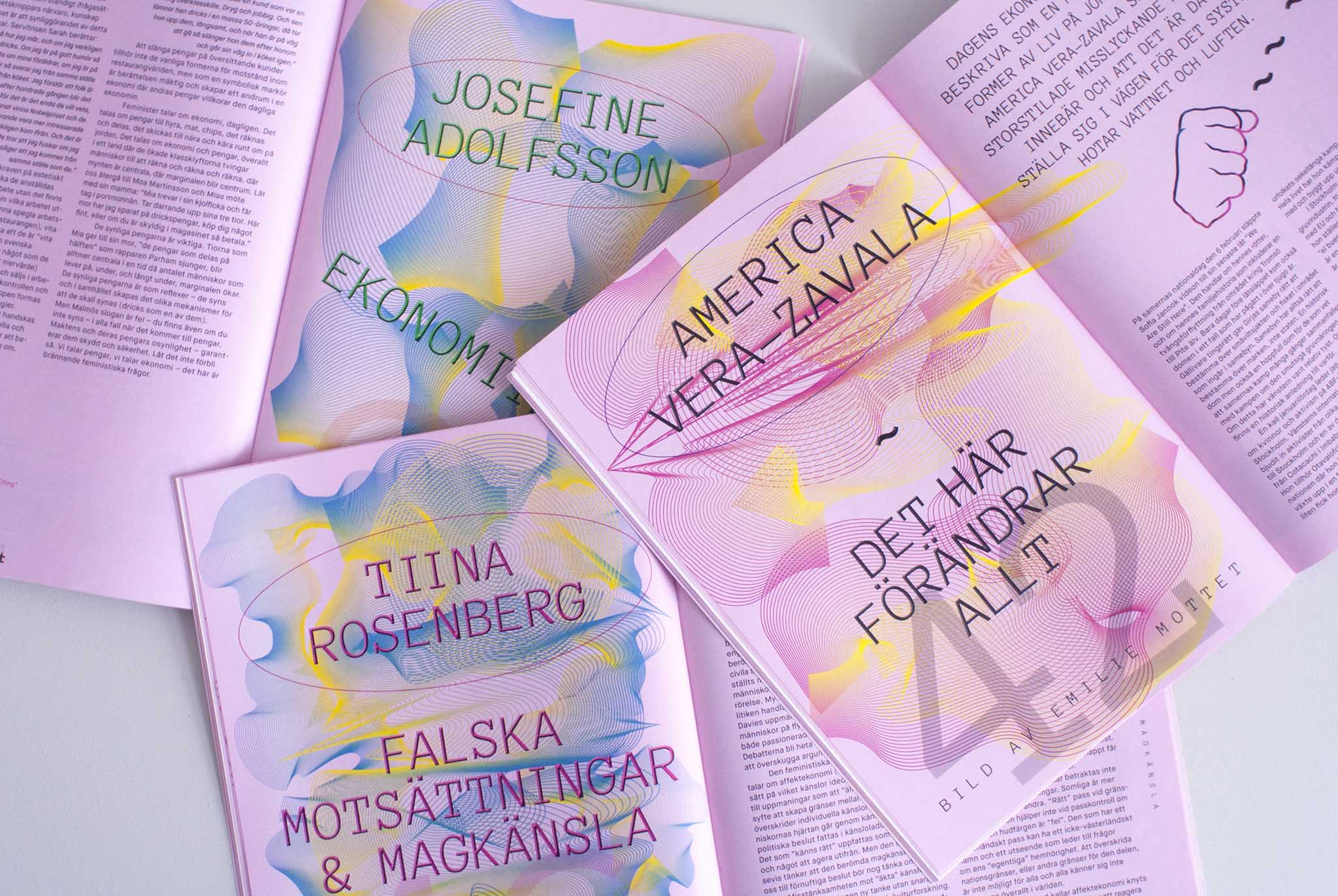